tattoo of frontman Papa Emeritus from the band Ghost 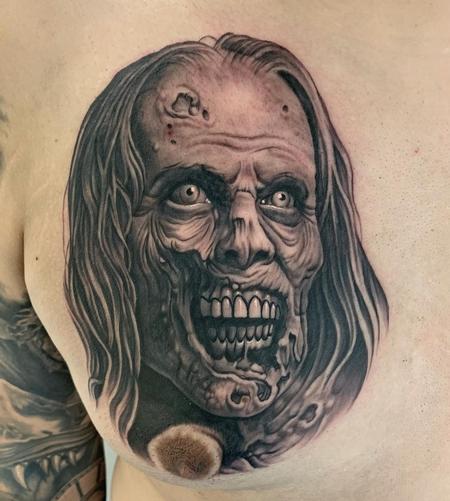 Last night’s tat on Miguel, can’t go wrong with a zombie! We used reference from a zombie from The Walking Dead, I kinda did my own thing with the texture and hair.